Would you like to win an Apple iPad or iPad Mini? On this page you can find competitions to win an Apple iPad or iPad Mini.
An iPad can shoot video, take photos, play music, and perform Internet functions such as web-browsing and emailing. Other functions such as games, reference, GPS navigation, social networking, etc. can be enabled by downloading and installing apps. There have been eight versions of the iPad. The first generation established design precedents, some of which, such as the home button placement, have persisted through all models. The 2nd-generation iPad (iPad 2) introduced a new thinner design, a dual-core Apple A5 processor, and VGA front-facing and 720p rear-facing cameras designed for FaceTime video calling. The third generation added a Retina Display, the new Apple A5X processor with a quad-core graphics processor, a 5-megapixel camera, HD 1080p video recording, voice dictation, and 4G (LTE). The fourth generation added the Apple A6X processor and replaced the 30-pin connector with an all-digital Lightning connector. The iPad Air added the Apple A7 processor and the Apple M7 motion coprocessor, and reduced the thickness for the first time since the iPad 2. The iPad Air 2 added the Apple A8X processor, the Apple M8 motion coprocessor, an 8-megapixel camera, and the Touch ID fingerprint sensor and further reduced the thickness. The iPad introduced in 2017 added the Apple A9 processor, while sacrificing some of the improvements the iPad Air 2 introduced in exchange for a lower launch price. There have been four versions of the iPad Mini, all of which have a screen size of 7.9 inches (20 cm). The first generation has similar internal specifications to the iPad 2 but uses the Lightning connector instead. The iPad Mini 2 added the Retina Display, the Apple A7 processor, and the Apple M7 motion coprocessor, closely matching the internal specifications of the iPad Air. The iPad Mini 3 added the Touch ID fingerprint sensor. The iPad Mini 4 features the Apple A8 and the Apple M8 motion coprocessor. Take your chance to win free iPad or iPad mini only on KiwiCompetitions. Quite a few brands run competitions for an Apple iPad or iPad Mini e.g. Apple Giveaway. You may also want to browse for related prizes in our section with Electronics competitions. We are also showing similar completed competitions which we have in our archive because there is always a chance that a completed contest is started again by the organizer. If you cannot find your special wish in our list you can try a competitions in the category vouchers or money which you can use to get what you are really looking for. 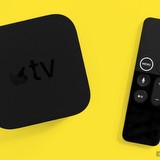 Win an Xbox One X